[EN] Some time ago the Antifascist Black Metal Network published the remastered demo “Cold” by the Italian RABM project ØRK. We took the chance to get in touch with Davide, the only member of the project and also the curator of the DIY label PECE.

Hi David and welcome to our den.
Take a few lines to introduce yourself!

This is my classic social presentation: I’m Davide, I’m over 40 and I am a father/husband, antifascist and lover of noise in all of its forms. 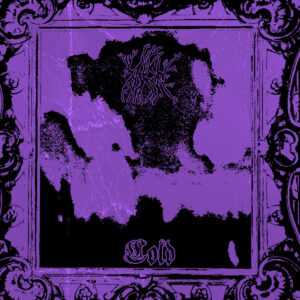 Lately the Antifascist Black Metal Network uploaded the re-mastered version of “Cold” on their channel, your latest work with the project Ørk. The title è is really on point. The sound is a mix between raw black, noise and industrial, with a regurgitating and very unclean singing and with some occasional organ which makes everything very “vampyric”. What can you tell us about this project? How was it born and how is it developing?

I thank the guys at ABMN for the endorsement, at the end of the day Ørk is a very recent project, born a bit randomly and a bit beause of the urge of expressing a series of rantings that I had inside me, through a genre I love. As you understood my intention was to give a vampyric footprint (which is one of my favourite black metal subgenres, very often connect to aberrant “ideologies”, whith projects I won’t even name). When I discovered bands like Cultum Draculesti or Winter Lantern, to mention two, I decided I wanted that raw sound but with some atmospheric inserts to create that melanchonic sense which never hurts. All began in the 2021 summer, when I started mixing electronic music with black metal voices. Then I move beyond until I created some presets which allowed me to make some sort of raw black metal which could seem the most possible “real”.

Ørk is a sort of accelerationist raw black metal project, I try to exploit the (almost) complete automation provided by plugins to make up for my musical lacks (I’m a very bad guitarist and drummer too), I tried for years to make black metal in the more traditional way, but it never satisfied my taste because my low skill didn’t allow me to play the melodic and atmospheric sound that I wanted. Until with a daw and a handful of plugins (mostly free or very cheap) I found the sound I liked, leaving behind the problem with the voice: recording mine I still had too much feedback and the sound was more hash noise than black metal. Thus I looked for a vst that would have “sang” in my place and so I also found the name for my project: the name of the preset that I use for the voice is called Marie Ork. Nonetheless the usage of only digital “instruments” makes recording much quicker (having two kids I must admit I wouldn’t have time for music production).
In case, if someone would like to have the “template” for trying and play accelerationist black metal, I’d be happy to share.

You are also behind the label “PECE“, which counts various projects. Why did you make it? Can you give us an overview of its music?

Pece was born around 2013/2014 with the intent of producing a few anonymous death industrial/death ambient projects (the came out as “unknown artist” in fact) and publishing them on CDR in a very rough way. As a matter of fact nothing remains of those initial productions, a few years ago I restarted the label in a only-digital version to publish some of my works, mostly Dungeon Synth, then I started ranging over various genres, thus you can find Ørk’s black metal, Morte Aeterna’s dark ambient and eventually SNTS’ electronics. 99% of the works are mine, but I’m always open to someone else’s projects, as long as they respect my ideals so: no fascists, no omobilesbotransphobes, no abilists etc. 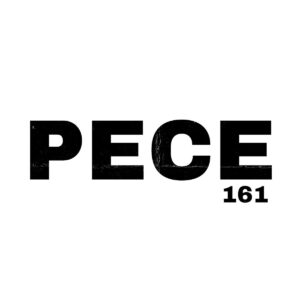 Our collective was born with the objective of propagating revolutionary black metal, and Ørk is an explicitly RAMB project. What does it make it so?

Ørk was born explicity as RABM. The lyrics, despite being unintelligible, talk about antifascism, antiauthoritarians, of the overthrowing of patriarchy, of anticapitalist ecologism and other themes which I’m willing to express with strenght, because I don’t have another way to give vent to these ideas. Sometimes the lyrics are criptyc while on some other texts I go straight to the point without mincing words.

Is there something similar to a metal “scene” where you live? Do you currently live it or did you do it in the past?

I live in a tiny village on the Brianza hills and I don’t actually believe there is anything that we can call a “metal scene”. When I was younger we used to have this group of people that united punks and metalheads but all we did was wandering from bar to bar to drink, we published a fanzine from time to time and organized microscopic gigs, but nothing more. When I reached the “adult” age, I started isolating myself more and more, in the absence of like-minded people. On the other hand though, social media helped me in getting to know other realities made up by people like you, or as ABMN, with whom I share both my political and musical interests.

How do you feel about RABM broadly speaking, and how do you perceive the development of this new kind of imaginary within black metal and of the scene around it? What could be the goals and the visions of those in love with both Black Metal and Revolution?

I’d say that RABM was, for me, a true and proven epiphany. After years spent listening to black metal bands while pretending not to see the fairly clear nazi-fascist hints sent by a lot of bands, I finally feel like I am able to listen to great projects while being sure I am not bankrolling ideologically suspicious (or worst) labels and artists.
At the very beginning I was listening to a lot of RABM coming, so to speak, from crust punk, with its fairly direct messages and its clear calls to arms; currently I can find a lot more variety, especially concerning the sound, still with very militant themes if, perhaps, expressed in a subtler way.
For as much as I am concerned, RABM (in all its possible forms) could very well be the soundtrack to the revolution brought upon by a generation robbed of everything; with black and red flags soaring in the wind, without any hope but with the urgency to bring down a world heading towards a sinister authoritarianism.

Should we expect some new release in the future?

There’s going to be a new release in Fall time, probably a split tape with a RABM Italian band I really love, and a lot of other stuff. When I am dedicated to a project (like Ørk in these months) I can’t really sit still and I just produce track after track.

We’re almost up, would you like to tell us something more?

First of all, I’d like to thank you for this space, I am not really used to talk about what I enjoy and when it happens I just overflow), and thank you for what you do as Semirutarum Urbium Cadavera, in two years I discovered a lot of great projects and I was able to develop a new style of militancy.
Thanks to all the people involved in different RABM scenes worldwide for breathing new hope into a genre which was on a definitely terrible path.
In case you’d like to reach me to ask something about Ørk, about my other projects, about the label or whatever else pops into your mind feel free to write to neropece666 [@] gmail . com